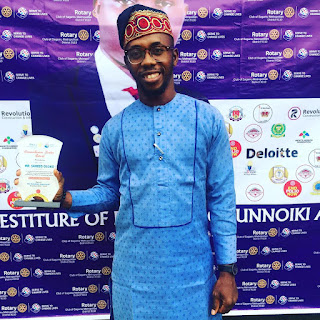 Many has seen him as an utility personnel because of his leadership doggedness and equal commitment to duties, but yet he is more than that. Oloko is a versatile community man with integrity, and also an interesting leadership tutor and a loco parentis to all his mentee. Sincerely, God is truly a rewarder of diligent people, “He said this while granting interview with eaglesforesight correspondent. 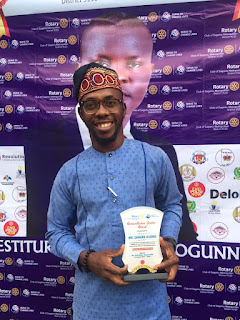 At the event which was held on saturday, 23rd of october 2021 at the hall of Remo Divisional High School, Sagamu, welcomed dignitaries and distinguish personnel, such as the CEO of Metro Tv, Aremo Onagbesan Yahaha, Dr Oduguwa Adedara among others.
It was recorded at investiture ceremony that, many awards of recognition were presented to many individuals who meritotiously has proven to be distinguish in humanitarian services and particularly in the course to support Roary Club among others. The individuals are not limited to Akowe odo Oodua of Ogun State, Asiwaju Saheed Oloko Olalekan, Assistant Governor Kayode Samuel Owolabi FCA, Grace Ojeamiren-Bamigboye Ph.D, CCC-SLP, Oluseye Arowolo, Bamidele Onalaja (Group Managing Director/Chief Executive Officer of RevolutionPlus Group), Nicky’s Mission Foundation, Olukayode Adediran Oladipo PHF, Metro Media, Rotarian Adetokunbo Soluade, Rotn. Hon Motunrayo Adijat Adeleye Oladapo (SA to the Governor on Women Affairs).
Eaglesforesigt recalls that this isn’t the very first time Asiwaju Oloko Saheed will be bagging such awards. 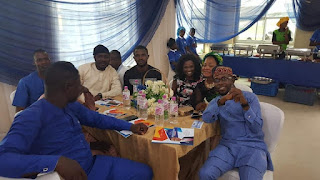 We Have Enough New Notes For Banks, Says CBN