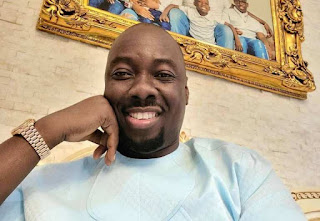 Eaglesforesight had earlier reported that Obi Cubana was arrested on Monday, November 1, 2021, by the anti-graft agency over alleged him of money laundering and tax evasion.

According to reports, the socialite businessman was granted administrative bail around 3 pm on Tuesday afternoon.

The 46-year-old took to his Instagram handle to hint at his release, saying:

Many Nigerians had taken to social media to show solidarity, calling for his unconditional release.

Nigerian lady who admitted to sleeping with a dog for N1.7m landed in serious trouble, clarifies on motive