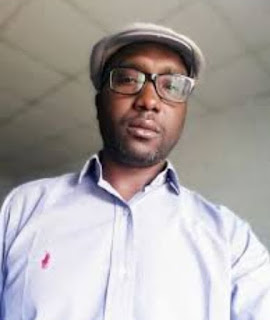 The Founder of Omooba Obaruwa Foundation, Prince Adekunle Adebayo Ayoola has felicitated with Muslim brothers and sisters faithful on this year’s commemoration of the Eid-El-Maulud celebration.

ALSO READ EXCLUSIVE INTERVIEW: A Good Term Deserves Another One, Gov. Abiodun Should Be Supported To Keep Up The Good Job Beyond 2023, AAC 2019 Candidate, Prince Ayoola Says

Prince Ayoola called on every Nigerians to renew their faith in Almighty Allah and intensify prayers for the country to surmount its numerous challenges.

In a statement personally signed by him and made available to Eaglesforesight on Tuesday, October 19, 2021, the quiet philanthropist urged the entire citizenry to remain committed to the core values of the nation’s founding fathers geared towards sustaining peace, unity and progress of the country.

The APC Chieftain from Odogbolu local government also charged our Muslim brothers and sisters in Islam, tolerance and peaceful co-existence.

When contacted, Omooba pointed out that the significance of the celebration anchored on love, sacrifice, obedience, tolerance and charity, as exemplified by the deeds and teachings of Prophet Muhammad, was germane to the peaceful co-existence, unity and prosperity of Nigeria.

Ayoola said, no time in the history of Nigeria were “love, peace, unity and respect for our diversity is needed more than now.”

2022 RAMADAN: A Divine Lesson Of Humility And Selflessness -Hon. Adewale Aka

Eid-ul-Fitr: No Moon Sighted As Fasting Continues In Saudi Arabia