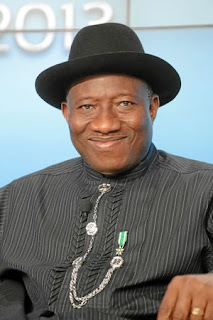 The Ex-President, Goodluck Ebele Jonathan is currently absent at the ongoing national convention of the Peoples Democratic Party, PDP in Abuja.

This development is coming amidst rumours that the former leader may be harbouring plans to defect to the All Progressives Congress, APC.

Jonathan is currently on his way to Nairobi, Kenya to attend a high-level African union retreat of Peace, Security and Stability in Africa.

Jonathan, who is the Economic Community of West African States (ECOWAS) Special Envoy for Mali and also Chairman of Ecowas Council of the Wise will be in Kenya for 3 days.

The retreat is themed: “Improved Co-ordination and Harmonization for Impactful Mediation”.

The Eaglesforesight recalls that Goodluck Jonathan might still join the race of president for a term of 4 years. However, Eaglesforesight learned that Goodluck has currently embarked on a journey to Nairobi, in Kenya to attend a high-level African Union retreat of peace, security and stability in the Africa.

Eaglesforesight correspondent at the venue confirmed the former president`s trip to Kenya.