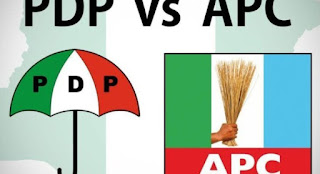 During the exercise which held two weeks ago, parallel congresses held in different states.

The leadership of the ruling party had set up committees to address the grievances of some of those who were behind the parallel congresses but aggrieved party chieftains shunned the panels in some states.

He said this Thursday while speaking at the beginning of a three-day Meeting/Training of Electoral Officers in preparation for the forthcoming national convention held at Legacy House, Shehu Shagari Way, Maitama, Abuja.

Fintiri said, “I foresee that by the end of this convention, which will be adjudged as one of the best in the history, of not just the PDP but of any political party ever in this country. It is going to close down most of the political parties especially in APC.

“With their own democratic process, we saw what happened, from their wards and states congresses are really shattered. Instead of having 36 chairmen, they have about 90 something. So, with this convention that we’re going to deliver, I believe with the democratic process and procedures that we have followed diligently, is going to open floodgate for all of them to come in.

The NCOC Deputy Chairman, Governor Duoye Diri of Bayelsa State, said this is the right time to rescue the country from the brink of collapse.

He called on Nigerians at home and abroad nor to lose hope but to join hands with the main opposition political party to rescue Nigeria, saying the country” is bleeding”.