Recall: Ajala, Who Travelled Around The World From Nigeria, But Died At Home In Poverty

Recall: Ajala, Who Travelled Around The World From Nigeria, But Died At Home In Poverty

From Israel, he travelled to Lebanon, before making a stop at Egypt where he had a conversation with Gamal Abdel Nasser, the Egyptian general who led the Egyptian Revolution of 1952…

Even if conventional history ignores Olabisi Ajala, the phrase “Ajala the traveller”, a nickname in Southwest Nigeria for the footloose and the adventurous, means he would never be forgotten.

In fact, the legendary Juju musician, Ebenezer Obey, in his 1972 hit album, “Board Members,” contributed to etching his name in Yoruba folklore when he sang memorable lines about his adventures:

Such was the life lived by Moshood Adisa Olabisi Ajala, aka Ọlábísí Àjàlá, who toured about 87 countries on a motorcycle in the 1950s.

By every inch of it, his adventure had all the trappings of glitz, showing off not just himself but also his culture as an African.

In every country he visited, he donned his agbada – the Yoruba flowing gown – and a cap, a combination described as “elaborately flowered robes with a felt-like head-dresses to match.”

Flawed he was, as is everyone. Heroes, as the great columnist Sam Omatseye once wrote, do not come in neat packages. Neither are villains complete disasters.

If Mungo Park toured the African coast to “discover” the River Niger and Ferdinand Magellan circumnavigated to prove the earth was spherical, Ajala explored the world to exhibit the African culture and the can-do élan of Nigerians.

Ajala is therefore to Africa what Christopher Columbus, Vasco da Gama, Ferdinand Magellan, James Cook, and Marco Polo are to Europe, and Ibn Battuta al-Tanji and Zheng He to Asia.

His motorcycle was his compass which he used to cross borders and challenge the brutality of racial intolerance.

He was popular for his encounter with authorities and brushes with the law. If not for petty crimes like being caught with a counterfeit cheque, then it was in fights over a woman.

Ajala, as the ladies’ man

Reputedly possessing a ferocious libido, his escapades produced for him offspring scattered all over, literally becoming a father in many nations.

He would marry an American model, Hermine Aileen, who divorced him on the charges of philandering and adultery, an allegation he said he “cannot contest.”

He went on to marry a 19-year-old white London radio-TV actress, Joan Simmons. His Australian wife, Wajuan, had for him: Femi, Dante, Lisa and Sydney. There was Toyin Ajala in England, with whom he had Taiwo and Kehinde. In Nigeria, it was Sherifat, among others.

Ajala was born in Ghana to Nigerian Muslim parents in 1934 – the twenty-fifth of his father’s 30 children from four wives. He attended Baptist Academy in Lagos and Ibadan Boys’ High School in Ibadan.

Aged 18, he travelled to the United States to study pre-medicine at the University of Chicago, becoming the first black student in the Delta Upsilon Pi ‘fratority’, a co-educational Greek-letter organisation.

He wanted to study medicine so that he could “wage war on voodoo and other superstitions” when he returned to Africa.

“The world should send doctors to Africa, and missionaries to Chicago. The gangsters here need to convert much more than we do,” he wrote in his travelogue.

He would never fulfil that career dream as he abandoned the stethoscope for a life on the road.

He would later move to Roosevelt University (then called Roosevelt College) to study Psychology.

At 22, fame came to the charismatic icon on June 12, 1952, when he decided to embark on a trip from Chicago to Los Angeles, covering about 2,280 miles all on a bicycle. He was received by Los Angeles city mayor, Fletcher Bowron.

With the tour, during which he stopped to deliver lectures at 11 major cities, he sought to educate the American people that “we (Nigerians and Africans) do not go about nakedly in loincloths.”

Meanwhile, as a result of a number of run-ins with the American immigration for petty offences and because he abandoned his schoolwork, he was sentenced to a one-year suspended jail term and was later ordered to be deported to Nigeria.

He protested the deportation order by climbing up an 80-foot radio tower and threatening to jump off it if the order was not rescinded. Ignoring pleas from the authorities, he later jumped down from about 15 feet and sprained his back. He was, nonetheless deported, but to London instead.

While in London, on April 27, 1957, the adventurer began his globetrotting for six years, visiting what is believed to be 87 countries on a Scooter Vespa motorcycle.

He detailed his tour in his autobiography, An African Abroad, which is currently out of print. The 255-page travelogue was published by London-based Jarrolds in 1963.

In it, he detailed his “sojourn in India,” his “visits to the Soviet Union” and the “Afro-Asian students (he met) in Russia.” Chapters were also devoted to his moments with the Shah of Iran as well as a cruise of the Arab world, wherein he visited “an Arab brothel” before a “suicidal entry into Israel’s Jerusalem.”

From Israel, he travelled to Lebanon, before making a stop at Egypt where he had a conversation with Gamal Abdel Nasser, the Egyptian general who led the Egyptian Revolution of 1952 that ended the United Kingdom’s occupation of Egypt. Ajala later travelled to Australia.

Radical in his approach and not an easy person to accept no for an answer, he recalled his encounter with Gamal Abdel Nasser:

“Every day at 6 a.m. for the next two weeks, I was waiting directly in front of his presidential palace, hoping he would come out. On the 13th day of my hitherto unpromising efforts, around 5 p.m. President Naseer emerged from the interior of his residence heading for his car.”

Ajala got his man by screaming as loudly as he could and was heartily welcomed by the president. 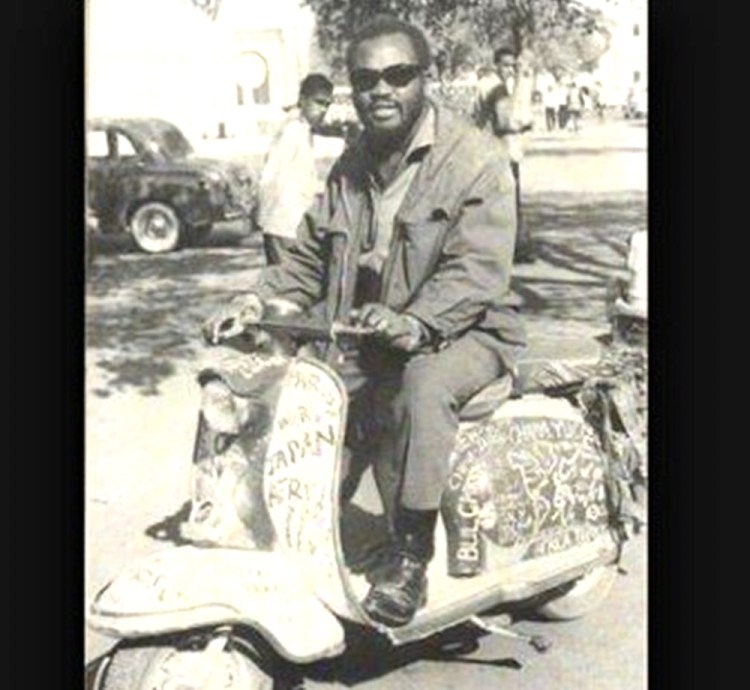 From the road to the box office

Apart from the several television appearances in African traditional attire he had, Ajala’s exploits paved the way for him to the world of movies.

He featured in White Witch Doctor, produced by the 20th Century Fox movie studio, during which shooting he was paid $300 per week.

By 1955, he signed a movie contract with the Eagle Lion’s studio of Hollywood, making movies with European and African backgrounds.

He also played the role of “Ola,” a companion of “Loni,” a famous African hunter, played by Roberts Mitshun.

Privilege to penury upon returning to Nigeria, Ajala became a socialite and hung out with celebrities and entertainers like the late Sikiru Ayinde Barrister.

Both men soon fell out and filed litigation against each other.

Ajala would later withdraw his suit. By that time, a life of pomp and ceremony had become a luxury as his influence, popularity and fame dwindled.

He had no savings for the rainy days and his later years and had no house he could call his own.

He lived in a dingy rented apartment in a two-storey building on Adeniran Street, Bariga, Lagos. Nothing in the house suggested a man who breathed prosperity lived there. 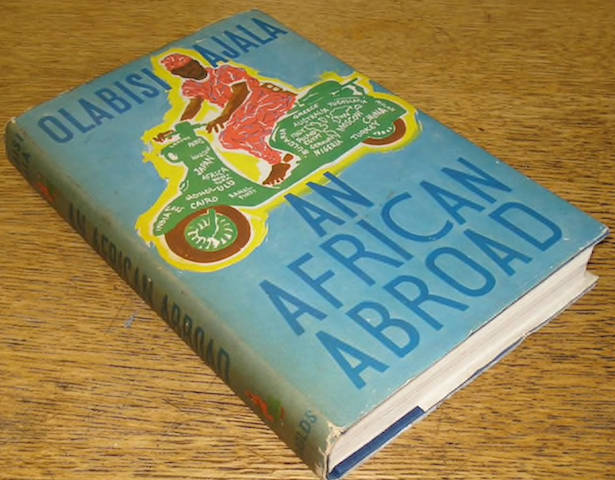 The autobiography of Ajala titled “An African Abroad” currently out of print.

“Ajala’s sitting room was devoid of carpet, had a table of about five locally made iron chairs in a corner which also served as a dining table, an old black and white television set, seats uncomfortably in an ill-constructed shelf, the cushion on the sofa hurts the buttocks as it has become flat, the curtains on the window of the two bedroom flat, showed sign of old age, it is indeed a story of penury,” an observer once wrote.

As he battled penury, stroke struck.

It became double trouble for the larger-than-life Ajala as he had no money to take care of himself.