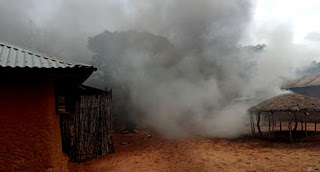 Ten bandits have been killed after a gun battle with a joint team of security forces in Giwa Local Government Area of Kaduna State.

The troops according to a statement signed on Monday by the Kaduna State Commissioner for Internal Security and Home Affairs, Samuel Aruwan encountered the heavily armed bandits in Kwanan Bataru, in the outskirts of Fatika and engaged them in a gun battle.

Items including several motorcycles, one revolver, mobile phones, torchlights, and some charms were recovered in the camps.

One kidnap victim, Abubakar Usman, was rescued by the troops.