To all average Nigerian living outside the country, traveling by road is the only hope and one of the common road to travel out of Nigeria through the west is the Badagary-sème Border road.

The journey from Mile 2 to sème border is approximately 5 hours journey which is equivalent to the journey sème to Aflao which is Togo border which you will need to pass through Benin republic before you get to Togo.

What is the problem with Badagary-Sème Border road?

What are these Law Agencies doing there? 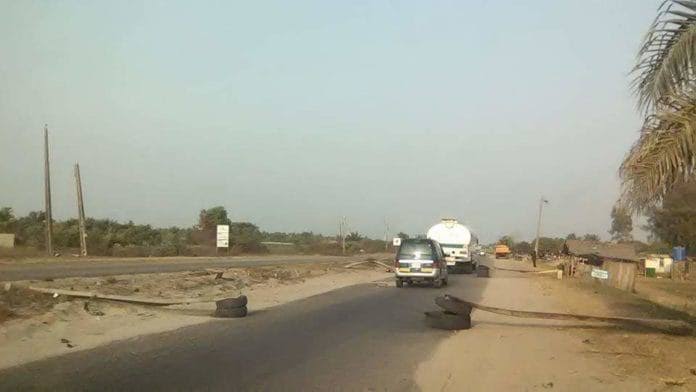 Extorting Innocent citizens of their money and belongings. They will ask for your passport, yellow card, and other stuff. Collect money from these innocent drivers, imagine collecting 100 Naira from each Barricades from each driver.

The saddest part of it is that, the road is the “worstest” road I ever see while traveling by road ( I travel to Benin republic, Togo, Ghana and Côte d’Ivoire by road ). The road is bad and all these officers collecting their bribe are not ready to raise alarm to the federal government for quick action because they know if the road is good they will not be there to collect bribe.

Nigeria is the giant of Africa but it’s a pity that small countries around us are having good roads and good social life.

This is a wake up call to the federal government to act on the road and all the corrupt officers on that road. The road is a nightmare road for road travelers.

Akanji Abdul Azeez is an Educationist , an Humanitarian and a public administration student.