What South-East Must Do Is To Play “Proper politics”, And Have A Shot At Presidency. Femi Adesina Says 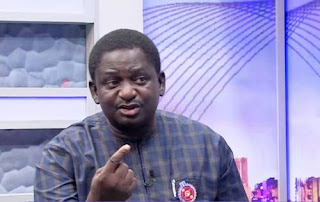 What South-East Must Do Is To Play “Proper politics”, And Have A Shot At Presidency. Femi Adesina Says

Presidential spokesperson, Femi Adesina has stated that the south-east must play the ‘proper’ kind of politics to have a shot at the presidency.

Adesina while speaking on the agitations for the south-east to produce the next president in 2023 said it is only possible if the zone aligns with others.

In Adesina`s statement, he said that the south-east has always maintained the same voting pattern during presidential elections — and it is not working.

“Every part of the country deserves to produce the president and right from my days in the newspapers, I had always been writing, advising the south east on how to get it. But till now, I wouldn’t say they have played the proper kind of politics,” he said in an interview with Vanguard.

“To become president in Nigeria, you need to align with the rest of the country and if you don’t align, you can never produce a president.

“President Buhari had to regulate with the south-west before he became president. If the south-east continues to vote the same way they have been voting in one direction and that direction is not working, yet they continue, then, they need to re-address their politics.

“But how did the south-east vote, they still went in the same direction.”

Commenting on insecurity in the country, Adesina said Nigeria would have been consumed by insurgency if President Muhammadu Buhari did not assume office in 2015.

“It was already in Kogi. From Kogi, where did you think it was going? It was south-west. And if you went to the south-west, the only place left would be the south-south.