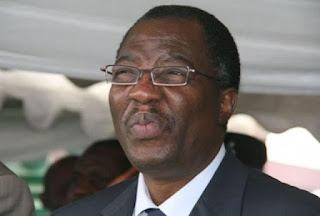 Let me welcome you all to this Continuous Political Education Program in fulfilment of our objectives to advance the frontiers of political knowledge so that our citizens can be better informed politically and on events happening around them. This is part of our modest contribution towards enlightening Nigerian citizens so that they make informed choices and better electoral decisions and appreciate what is called governance and political administration.

Today in Nigeria, if you ask many, who Chief (Dr) Hannah Idowu Dideolu Awolowo is, you are likely to get two common answers: “Jewel of Inestimable value” and “Wife of Chief Obafemi Awolowo”. These two appellations are factual but inadequate. The former represents the love and affection between our late sage and Mama, while the latter recognises a solemn marital vow.

What many did not know however is that the struggle for democracy and the strides recorded by Chief Obafemi Awolowo would have been impossible without the dedication, strives, and collaboration of the Matriarch.

Many do not remember that Mama supervised the alliance of the Action Group that formed the United Progressive Grand Alliance (UPGA). In fact, so great was her influence that she would have been made the party’s presidential candidate in 1964, becoming the first woman as at then to be on the presidential ballot.

If you ask many of our youths today who Chief Funmilayo Ransom Kuti was, they will simply tell you she was the first woman to ever drive a car in Nigeria.

This is a great aberration for a woman who fought side by side with Anthony Enahoro, Jaja Wachuku and many others for Nigeria to gain independence. Chief (Mrs) Ransome Kuti was one of the founding members of the National Council of Nigeria and the Cameroons (NCNC).

While her male counterparts have been given their dues in the pages of our history books, the great Lioness of Lisabi has been reduced to something less significant as driving a car. 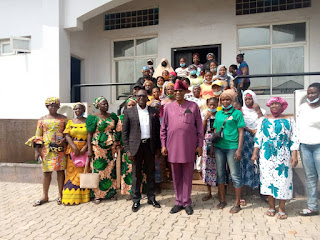 Others like Chief Margaret Ekpo, Hajia Gambo Sawaba are hardly known by our youths today. But this is due to no fault of theirs, it is simply because we live in a patriarchal society where the efforts, abilities and potentials of women are less recognised and given appropriate credit no matter how impactful they become.

Many in my generation grew up with the misinformation that women are lesser in comparison to men, even though women have proven themselves throughout history to be of equal, if not greater, intelligent capacity as men, we simply ignore the reality of their capabilities.

The great Margaret Thatcher who was the former Prime Minister of the United Kingdom, stood toe to toe with men of her time, Eleanor Roosevelt, who chaired the U.N Human Rights Commission in 1945 and fought resoundingly for human, children and women rights; Rosa Parks, whose single act of defiance and bravery led to the Montgomery boycott, a significant turn in the agitation against segregation in the United States. Winnie Mandela, the Amazon of Southern Africa who continued the battle against apartheid in South Africa and earned the title ” Mother of the Nation” throughout the incarceration of Mandela.

Throughout history, women have had to mix the physiological undermining of their gender, the role of motherhood and the disdain of societal indecency into the zeal to prove themselves for a seat at the table.

This is unfair, totally inequitable and repugnant to natural justice.

Personally, I find the 35% women affirmation in public office as tokenism. It negates the principle of equity to demand that women should be given 35% of government positions on one hand, while we call them equals with another. It should either be on equal ratio or nothing at all.

In the course of our Administration, we made very deliberate and frantic efforts to correct some of these societal discrepancies by making sure we involved a substantial number of our women on merit in our government.

Starting from a female Deputy Governor (the first in the history of the state since its creation), to several women in executive positions and heads of Government agencies. Our efforts notwithstanding, we earnestly believe things could still be better. One of such efforts is the organization of this training program (and many more will still come) solely for women to sharpen their knowledge of history and to sensitize them about their inherent potentials in our political space.

Four hundred and twenty four (424) Participants are taking place in this program which has been spread across five days starting from today, Monday 18th to Friday 22nd of October, 2021. All participants have been randomly and carefully selected from Google form Applications which were administered for about a month.

As you settle down to this and to drink from the wells of knowledge of our various Facilitators and Resource both from the Acacdemic and practical politicians, I wish you all an interesting experience.